In search of universal laws of diffusion with resetting 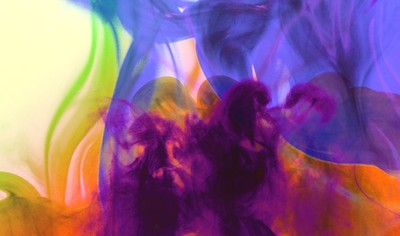 Diffusion with resetting is a quite common phenomenon, but only now have the universal conditions that must be met to achieve its steady states become known. (Source: IFJ PAN)

The manner in which animals penetrate a neighbourhood searching for food shows similarities to the movements of liquid particles in plant capillaries or gas molecules near an absorbing wall. These phenomena – and many others in nature – can be thought of as processes called anomalous diffusion with resetting. Recent research suggests that they have properties of a very universal nature.

From its very beginnings, humanity has been learning about the world. Despite millennia of chaotic exploration and centuries of increasingly systematic research, coloured by successive scientific revolutions, we are still not fully aware of the nuances of the general laws, even those describing phenomena that are widespread in nature. Indeed, we often fail to realise that there are regularities of a very universal nature in the course of seemingly different processes. In a recent paper publi¬shed in Physical Review E, an international team of scientists with the participation of Dr. Katarzyna Górska of the Institute of Nuclear Physics of the Polish Academy of Sciences (IFJ PAN) in Cracow, described a feature of systems in which anomalous diffusion with resetting occurs.

Diffusion is a common phenomenon. It is what we call the chaotic motion of specks of dust in the air or the propagation of molecules from one fluid to another, such as ink in water. The stochastic motion of a particle is the result of its constant collisions with many smaller objects in its environment, such as atoms or molecules. When the motions of the particles are completely random, we speak of Brownian motion or normal diffusion. If, however, the randomness of the motions is disturbed (for example, the particle moves every so often over a long distance without interference), we are dealing with anomalous diffusion.

“Behind the menacing-sounding 'anomalous diffusion with resetting' are phenomena well known to all of us,” says Dr. Górska and gives an example: “When a hungry animal comes out of its hiding place for the first time and penetrates its surroundings, it moves around the environment quite randomly and is usually unsuccessful, so it returns to its hiding place. On the following day, it makes another attempt and acts in a similar way, only this time it already has the knowledge it gained from its previous attempt. So, on the one hand, we are dealing with diffusion, consisting of more or less random movements in the environment, and on the other hand, with resetting, i.e. with the protagonist returning to the starting point.”

Examples of anomalous diffusion processes with resetting include the motions of gas and liquid particles absorbed by the walls of a vessel or the wanderings of autonomous floor-cleaning robots, ending with their return to charging. Phenomena of this type are modelled using differential and integral equations, generally assuming that the reset process, i.e. the return of the tracked particle or device to its starting point, takes place instantaneously (and is therefore not described by any continuous function). Only that in the real world, the return always takes some time! The assum¬ption is therefore unphysical, but nevertheless simplifies calculations considerably.

We can find quite a good equivalent of anomalous diffusion with virtually instantaneous resetting in... military intelligence. A scout leaves base and heads towards a designated target. He moves fast through exposed terrain, but when he feels safer, he penetrates the terrain in his immediate vicinity and, although his movements are quite random, he moves in a fixed direction in a suf¬ficiently long time interval.

“Our reset mechanism is that each scout is eventually lost and the base immediately releases another. Importantly, the whole system has a certain memory, so the scout remembers all the steps taken so far,” this is how Dr. Górska explains the essence of the reset process used in the article.

Theoretical models describing anomalous diffusion with resetting include one part responsible for simulating stochastic motions as the particle moves and another implementing the resetting protocol. This protocol describes the lifetime of the particle and how it returns to its starting point. The three-person team of researchers, which in addition to Dr. Górska included Dr. R. K. Singh from Bar-Ilan University in Israel and Dr. Trifce Sandev from the Macedonian Academy of Sciences and Arts, analysed the long-term effects of the subtle interplay between the fluctuations of the process responsible for particle movements and fluctuations of the reset mechanism. The researchers managed to observe an interesting relationship. It turns out that systems with anomalous diffusion with resetting can only reach a state of equilibrium when the fluctuations involved remain constant over a sufficiently long time interval.

The statistical relationships presented in this publication can already be attempted to be used to optimise diffusion processes in industrial or biological applications and to improve search stra¬te¬gies, for example by domestic autonomous cleaning robots.

In future models, the researchers, on the Polish side funded by the National Science Centre, intend to focus, among other things, on analysing the influence of the return paths of diffusing particles, thus taking into account the physical nature of the resetting process.

Diffusion with resetting is a quite common phenomenon, but only now have the universal conditions that must be met to achieve its steady states become known. (Source: IFJ PAN)