CREDO: You too can help unveil the deepest puzzles of the Universe 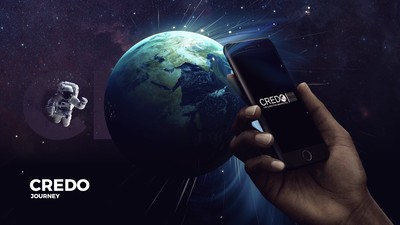 CREDO Detector transforms your smartphone into an important element of the largest particle detector in history. (Source: IFJ PAN)

Are astrophysical phenomena occurring millions or even billions of light years from Earth responsible for some diseases? Does dark matter really exist? What is the true nature of our spacetime – is it continuous or digital? Can the exotic effects of quantum gravity be tested experimentally? Install the CREDO Detector app, become part of the largest particle detector in history and help unveil the fundamental secrets of the Universe!

When a particle with an energy of the highest order observed in the Universe approaches from the depths of the cosmos, it initiates a spectacular phenomenon in the Earth's atmosphere: a gigantic cascade of secondary particles, called an extensive air shower. After reaching the Earth, a cascade caused by a single particle can cover the surface of even a large agglomeration. Where do the primary particles with such extreme energies, hundreds of millions of times larger than those achieved by protons accelerated in the LHC accelerator, come from? Do they indicate the decay of particles of dark matter? Or do they herald a completely new physics?

Today, everyone can help in the scientific search for answers to these fascinating questions of modern physics. All you need do is install the CREDO Detector on a smartphone equipped with a camera, an application prepared as part of the international Cosmic-Ray Extremely Distributed Observatory project (CREDO), initiated and coordinated by a team of scientists from the Institute of Nuclear Physics of the Polish Academy of Sciences (IFJ PAN) in Cracow. The maintenance and development of this app is supervised by the Cracow University of Technology, and the Academic Computer Centre CYFRONET of the AGH University of Science and Technology in Cracow supervises the collection and processing of data from around the world. Although the CREDO Detector is not the only app for the detection of cosmic-ray particles or local radioactivity, it is the first program of this type with an open-access code available to everyone. What's more, the CREDO Detector is part of a global scientific venture dedicated to the study of the laws of nature at a fundamental level. The world premiere of the app took place on 17th May during the Cracow Festival of Science and Art.

“The scientific capital of human enthusiasm is gigantic. We want to use it, at least in part, to penetrate the areas of physical reality that have, so far, been unavailable to scientific research. This is something we can do because today almost everyone carries around a device capable of recording single particles of cosmic rays in their pockets. All that's needed to get involved in our research is to want to”, says the head of the CREDO project, Dr. Piotr Homola (IFJ PAN).

By interacting, thousands and millions of smartphones can potentially create the largest cosmic particle radiation detector, covering the entire planet. How can you become a part of this? There's nothing simpler: the free CREDO Detector app for Android smartphones can be downloaded from the official Google Play store, from the IFJ PAN account. After installation, you have to register in the CREDO system. It's worth doing this with real contact details. In scientific research, it is assumed that anyone who contributes to the collection of data has the right to co-authorship of scientific publications based on these data. It is no different with CREDO: any user who initiates particle detection in the CREDO Detector for even a moment, has the right to membership in the international CREDO collaboration and to sign its publications with his/her name.

The huge scientific potential of the CREDO project lies in the possibility of observing time and/or spatial correlations between events registered by different, even very distant detectors, including smartphones. If we could detect such correlations, we would probably obtain new information not only about events involving extremely energetic particles of ordinary matter, but there is also a chance for a new light being shed on the properties of dark matter particles, the nature of quantum gravity, and potentially even the deepest structure of spacetime. Who knows, maybe CREDO will help us to finally determine if our spacetime is digital?

“If CREDO gains even moderate popularity, data from smartphones scattered across all continents have a chance to revolutionize not only theoretical physics, but also areas much closer to our everyday life”, notes Dr. Homola.

Examples? Particles coming from space are very sensitive to changes in the geomagnetic field and these, it seems, may accompany the tides of liquid iron in the Earth's interior, potentially generating seismic phenomena. If CREDO were to confirm the relationship between changes in the frequency of recording of secondary cosmic ray particles and earthquakes, perhaps we could predict the latter, hopefully with a sufficiently early notice that would provide the opportunity to save human life. In turn, in medicine, there is a hypothesis, among others, on the possible correlation of the geographical distribution of certain diseases of unknown aetiology, such as multiple sclerosis, with the distribution of cosmic radiation intensity at the surface of the Earth. The widely dispersed CREDO infrastructure would be the first really good research tool to confirm or disprove this hypothesis.

“We have created CREDO for the scientific need to organize a global infrastructure, with which it will be possible to implement not one but many specialized experiments. The first of them, the Quantum Gravity Previewer, was launched on 17th May. We expect that already this autumn we will have gathered enough data to present the first major scientific reports. This is what the true beauty of our project is all about: we are exploring such exotic areas of our reality that we can expect even... the unexpected”, says Dr. Homola.

The CREDO Detector uses the image detector in the smartphone's camera. If the camera's lens is obscured, the images recorded should consist of only black pixels. When this condition is met, the CREDO Detector starts working. If a particle of secondary cosmic radiation passes through the detector on the smartphone, or possibly a particle of local radiation, it will stimulate some of its pixels. A few to several dozen lighter pixels, stuck together in a group of more or less fanciful shapes, sometimes circular, sometimes stretched into a line, should then appear on the homogeneous black background. In one 24-hour period there can be from one to several hundred detections.

The CREDO Detector app only captures images when the camera lens is obscured so it inherently guarantees the privacy of users. What's more, it is the owner of the smartphone who decides when the app monitors the camera. Additional credibility is provided by the authority of the creators of CREDO: IFJ PAN is the largest research institute of the Polish Academy of Sciences, with the highest Polish scientific category (A+). Physicists working here have for decades been hugely involved in the most sophisticated particle physics experiments, including those implemented by the European Organization for Nuclear Research (CERN) on the LHC. Furthermore, currently CREDO is an international collaboration of over one hundred scientists from over a dozen countries. Anyone, from student to professor, can participate in the analysis of the collected data.

For many people, it will be important to know that the effect of CREDO on the battery life of a smartphone can be kept to a minimum. All you need do, in the settings, is to enable the option to start the detector only when the smartphone is connected to a charger, which usually takes place at night. It is also possible to restrict excessive use of the Internet connection. This can be done by the option of forcing data transfer to the experiment server only when the smartphone is connected to the Internet via a wireless network.

The CREDO project software, including the CREDO Detector application, will be made available to everyone on the MIT licence, which means that it can be developed and used in other scientific, school, and even commercial projects.

The CREDO project is co-financed by the governments of the Czech Republic, Hungary, Poland and Slovakia through the Visegrad Grants programme as part of the International Visegrad Fund (IVF).

CREDO Detector transforms your smartphone into an important element of the largest particle detector in history. (Source: IFJ PAN) 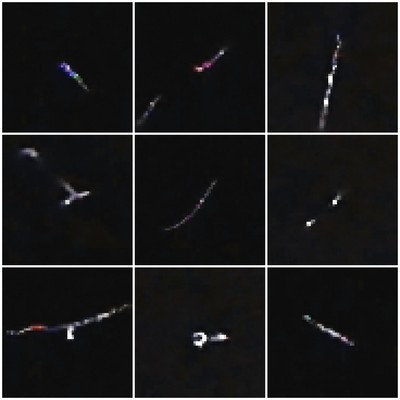